Beate Scheller was born and raised in Kassel, Germany, a well-known city for the International Art Exhibition dOKUMENTA.
She was able to travel to most of the European countries, always visiting sites of interest. Famous and distinct buildings, museums or landscapes and landmarks were always on her list to explore. Influenced by those architectural shapes, pattern, and organic forms of nature Scheller always wanted to study art and design.

Moving to the United States in 2000 her travels continued. In 2002 living in Portland, Oregon made it possible for her to get a B.A. in Art in 2004 at PSU. After that she focused on printmaking, and since then attended several Group- and Solo-shows in Europe and the USA.

Through different printmaking workshops Scheller’s interest gained in Stone-Lithography. In the last few years she was able to help as a teacher assistant at Portland State University, to instruct interested students in Stone-Lithography under Eleanor H.Erskine.

Scheller visited Bulgaria as an artist in residency at Lessedra Gallery, Sofia 2013, and became a participant at the 1-year residency for emerging artists at PAN 2015.

She also was accepted as a member of Print Art Northwest (PAN) through a jury in the same year. A part of her emerging career is to work in collaborations and participating in print exchanges to connect with other artists.

Her goal is, to become a full-time artist with her own studio to work on many ideas to come, and on those still waiting to be printed or painted.

In Germany Scheller worked at several jobs, where she got her education and knowledge from, and always connected to art and design. For example: as a Visual Merchandiser, self-employed as a Silk Painter, part-time employee in marketing at a national distributor of magazines. She also studied several semester Landscape Architecture and -Design at GHK University, and received a degree as Advertising Manager at the Technical College for Industrial Advertising and Sales Promotion in Kassel, Germany.

In 2012 Scheller was thrilled about an important event at dOKUMENTA (13), where Lori Waxman, an American writer critiqued artwork. Later the “Kunstkritik” was issued in a book by onestar press and Lori Waxman, 60 wrd/min art critic “Are you an artist? do you need review?” 037 Beate Scheller, Page 29. 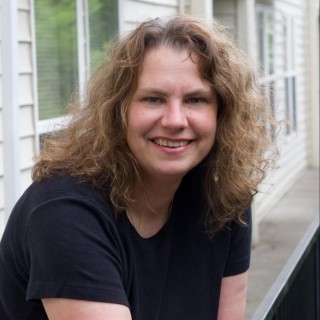 I am a painter and printmaker in Portland, Oregon working with lithography stones, and etchings of copper, zinc, and plexi glass plates.

“Abandoned, Images of What Remains”